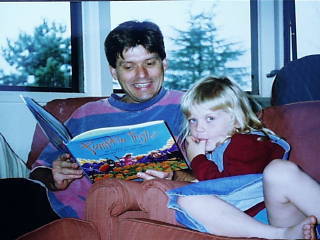 Here are a few tips that may help you get started or help you polish what you've written!

1. Write when you first wake up.
I try to roll out of bed and go to the computer first thing, but sometimes I grab a pencil and start writing in bed when my eyes are hardly open! You will tap into your dreams this way, first fresh thoughts, strong images.

2. Take time to really look at things.
You will notice connections and beauty if you take your time. Observing is part of writing.
See how your old cat just watches the squirrel nibbling an acorn near her? She no longer hunts. And see those new string beans twining up the pole? How tiny they are --like baby pictures of their grown-up selves!

3. Use ALL your senses.
Remember to smell, touch, listen and taste as well as see. What sense in August reminds you that September is near ? That summer will soon be gone? For me it is the sound of red-winged black birds calling in the fields near my house.

Some tips for getting published
Seems like getting published gets harder and harder! But don't give up just because you get a few rejections! people who give up NEVER get published. Seems simple but it's true: keep revising and keep sending your material out.
Also, take the time to learn the markets. Read the latest edition of Children's Writers and Illustrators marketplace at your library--often in the refernce section or behind the reference desk--ask. See what publishers are looking for.

Get really involved with the process of writing and re-writing and the rejections won't hurt so much. Also. don't have just one manuscript up your selve.

Keep writing all the time! Try to write everyday--even for 15 minutes.

Naming characters and thinking of titles for my books or stories is fun. Sometimes titles change. That has happened with some of my books!

The Secret of Pumpkin Hill was the first title for Pumpkin Fiesta.I like Pumpkin Fiesta better. I always ask students if they agree and why. What do YOU think?

Onstage/Backstage was first called Backstage at the Children's Theater. 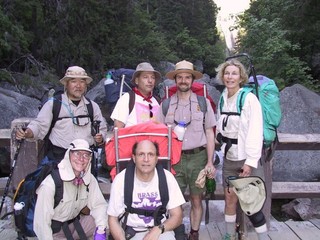 I was born in New York City and grew up in Ithaca, New York then in Detroit, Michigan then near Columbus, Ohio and finally in Piscataway, New Jersey. I was ten when we moved to New Jersey. My brother was seven and our little sister was three.

We all loved stories. Every night my father would tell us stories he'd made up. My favorite was "The Lady With the Big Toe." This lady could sail away from danger on her toe, fight off enemy soldiers with it, and hide from robbers! My father has a great imagination!

He also took us to the library in Bound Brook every week. I'd leave with the four books allowed (that was the library rule) and return the next week for more. I remember looking at all the books in the children's room downstairs and then in the adult room upstairs. I'm going to read them all, I thought.

Although I never read all those books, I tried. The Nancy Drew mysteries were a favorite when I was in fifth and sixth grade. But I traded copies of those with my friends because the Bound Brook librarian thought Nancy Drew was not good "literature." She wouldn't let me check them out! (I read ALL of them--thanks to my school pals.)

By the time I went to Piscataway Township High School, I added another interest to my love of reading: THEATRE. I now read plays, acted in them and went to see as many as I could. My first Broadway play was My Fair Lady starring Julie Andrews. I saw lots of Shakespeare, too. The more I saw, the more I wanted to see.

The only writing I did was for homework assignments and letters to family and friends. So, I cannot claim I loved to write from an early age--only that I loved to read, loved theater and loved to hear people tell stories.
The writing came much later.

It wasn't until I was a grown-up with two children of my own that I got really interested in writing--but it was connected to theater. Both Lara and Andrew liked to be in plays and work backstage at the Palo Alto Children's Theater. When I learned the theater was the oldest in the whole United States (!) and that it would soon have a 50th birthday, I could not stop thinking about how special that was. Before long, my friend JoAnne Wetzel and I hatched a plan. We decided to write a book.

It would be about what it was like to be in a play and work backstage. We decided to take pictures of the entire process--from try-outs to rehearsals, set-building, lighting, make-up, props, sound booth, costume parade and opening night. Neither of us knew how to take pictures. We learned fast! We took over 5,360 photos for our 56 page book.

Writing and filming Onstage/Backstage was so much fun and so exciting that I just kept writing more books. Right now I'm working on books number 12,13, and 14!

The Jade Stone, A Chinese Folktale
The Great Emperor of All China orders a the stone carver Chan Lo to carve a dragon of wind and fire, but is that what the stone wants to be?

Comanche Indians
Navajo Indians
Seminole Indians
Lakota Indians
Inuit Indians
Iroquois Indians
Shawnee Indians
How did the Comanche live long ago? What about today? Who were the Seminole and why are they called "the undefeated"?

Pumpkin Fiesta
Old Juana grows the biggest and best pumpkins! "What is her secret ?" wonders Foolish Fernando. Now the fun begins!
The Jade Stone, A Chinese Folktale
A "dragon of wind and fire" demands the great Emperor of All China. But is that what Chan Lo hears in the stone?

Onstage/Backstage
Ten year-old Chessa is in a play. Join her in rehearsal, set-building, makeup, performance. All aspects of theatre--on onstage and backstage!